Eva and Frano Mattes are a duo of artist who use net.art.
They did some intresting things like piss off the catholic church by stealing the domain name 'vaticano.org' an also was involved with the whole Hell.com thing. I also admire their sense of humor. Their peice 'Copies' is copied and pasted a few times on the same page (hehe).
''The beholder becomes an artist and the artist becomes a beholder: a powerless witness of what happens to his work''.
They have a strong belief in the realtionship bewteen interactivty and choice "They argue that this is not true interactivity and compare it to a gallery space, suggesting that it too could be called interactive since one is able to decide what room to look at and when. Their definition of interactivity is more associated with the freedom the user has to not only govern their own movements but to duplicate, manipulate and simulate the subject matter. This includes doing something that is not predicted by the author of the website".
The peices of theirs which intrest me the most is 'No Fun' (2010) and 'Emily's Video' (2012). 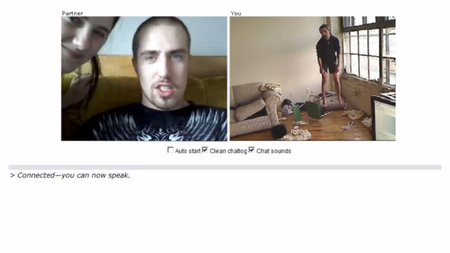 'No Fun' was made via Chatroulette. You know that site you went on a while ago and just saw a bunch on penises. They recored what seemed to be someone who had just killed themselevs and they recorded peoples reactions. What was intresting in this peice is that people laughed during this peice in a majoity of the time. I think this partly because of the community that would use sites like Chatroulette, they become a tad more desentetised to things. In a simular way to the sucifeul on communities like reddit. Now the reason I say this is because in their peice 'Emily's Video' they show an audience videos from the darkweb. This was mainly very gorey graphic video of torcher and the other fucked up things on there (I heard their is videos of girls getting their limbs getting cut off to be turned into human sex dolls :/). You know very fucked up shit. A majority of these people are shocked as the audience for this peice was volenteer rather than a specific community of people.