La Mouchette was an interactive website made in 1996. It was claimed by the artist Martine Neddam. The peice is written by the an artist who claimed to be just under thirteen. It tells the story about a girl who was raped and then commits sucide. There was a lot of controversy about this espically since the name is shared with a french film. After there was backlash about wanting to get it removed there was then protests to get it back online and so on and so. A lot of the pages of the sites were scans and would hav text on them however some were more hypertext based. Such as 'Touchee' which would have small black text floating and as you scrolled down it would start playing sounds of a women gasping .The site was set up so that if users interacted with the quizzes on the site an submitted their email the peice they woul get flirtatous emails from 'Mouchette' a few days later. The site was obviously involved a lot of violence example the 'meet by parents link would to a photo of meat with mama and papa carved into it...

okay I am going to stop writing about this because it is making me uncomfortable there is alot of layers to peice and although it is intresting in reagrds to hell it tellss narrative this peice is ...dark to say the least. 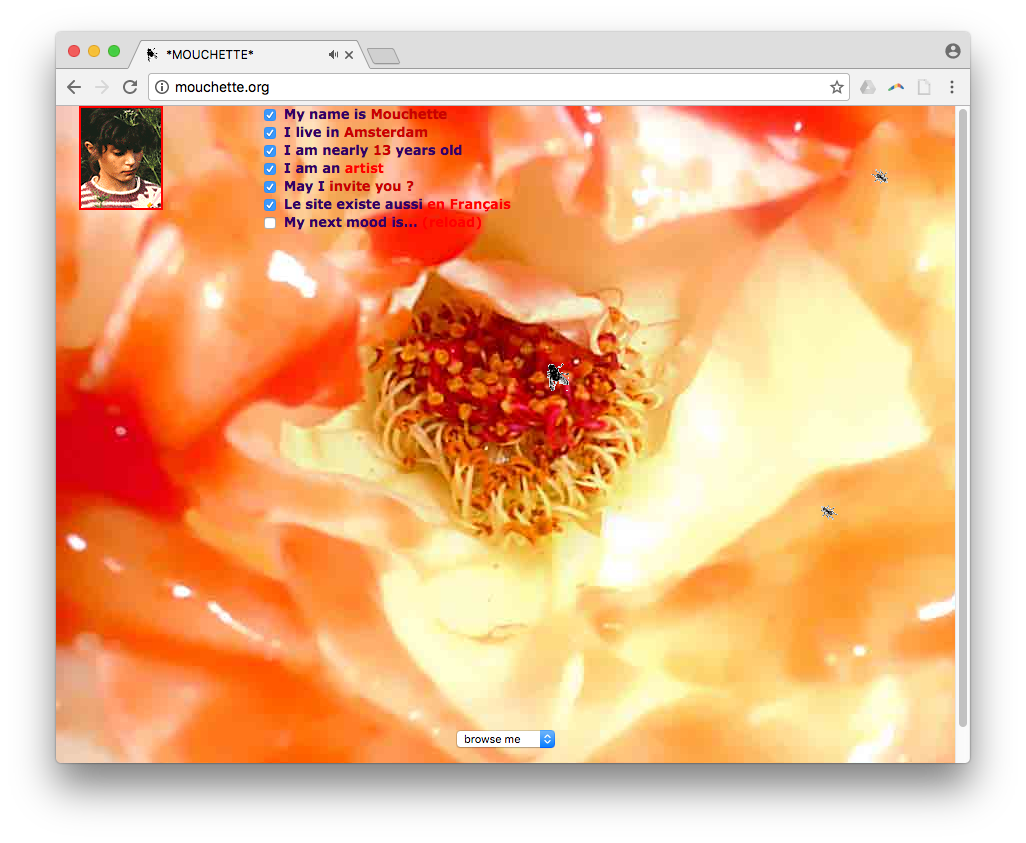 The hypertext nature mixed in with the darker themes is something to admire at least along with how symbolic the peice is. It is intresting because a lot of people think 13 is this very postive happy time for kids but I think at least in my exeperince it is hell. I think there is this sense on invalidating the emotions of young teenegers on hormones. I think when you are a young teenager a lot of problems comme up - mental health, stress, being expected to wake up at 6 in the morning to be in lessons by 8 and then only getting home when it's dark at 7 o'clock an do 9 lessons a da fuck that shit